LG has registered a new trademark under the name LG Slide with the Intellectual Property Office of the European Union (EUIPO). It does so just two days after the South Korean electronics maker registered a trademark for the LG Rollable name. The new development gives way to further speculation about how the upcoming rollable OLED smartphone from LG, which is expected to hit the market next March, will finally be called. The highly anticipated smartphone will be the second among LG’s “Explorer Project”.

The Trademark registration submitted by LG Corp was first discovered by LetsGoDigital. After LG Corp filed the application, it was re-filed by Mitscherlich, the same company from Germany that filed the application for the LG Rollable name. The company has also registered trademarks on behalf of LG in the past.

The trademark registrations for LG Slide and LG Rollable were both referred to as “Smartphones” and do not provide any further details. Since the smartphone in question is expected to have a rollable display that can be expanded from either side of the phone, LG may refer to the phone as LG Rollable or LG Slide. 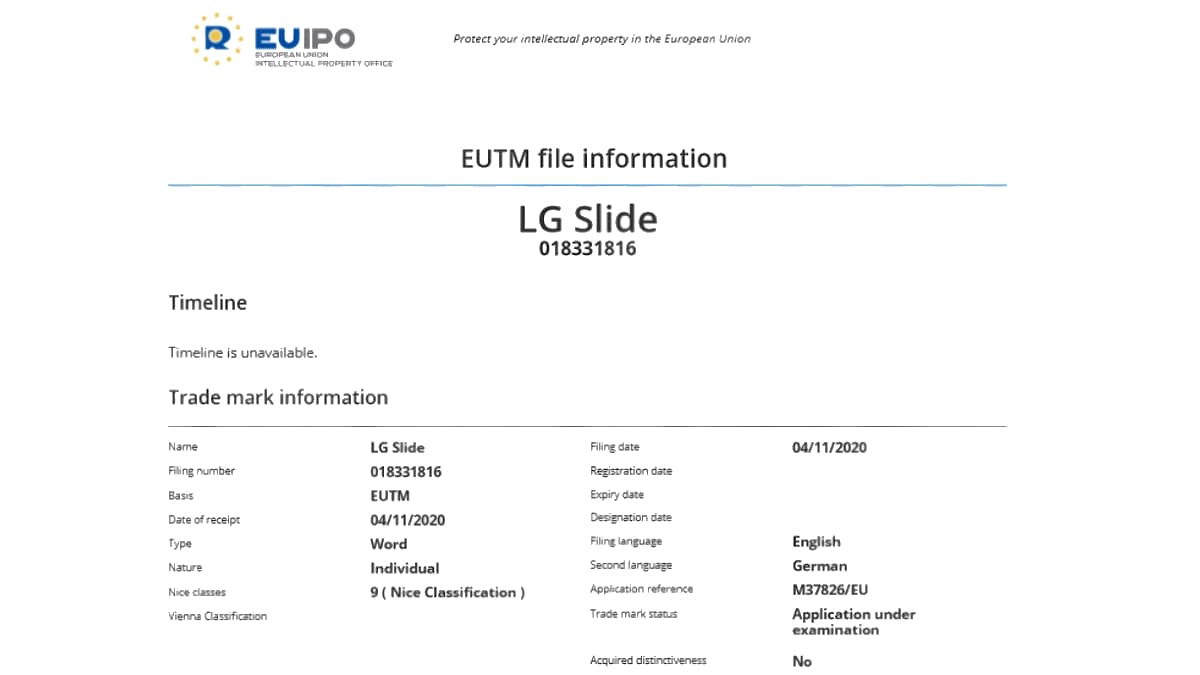 There’s also speculation that LG Slide and LG Rollable might turn out to be two different smartphones, though the company hasn’t mentioned anything so far. Since it is clear that LG is working on a rollable smartphone that is expected to hit the market in March 2021, more details are likely to be revealed soon. Until recently, LG’s upcoming rollable smartphone was referred to as “Project B”. According to the same report from LetsGoDigital, the company had registered a trademark for the LG Roll name last year. Double Roll, Dual Roll, Bi-Roll and Roll Canvas were also registered names.

A render surfaced last week based on a patent LG filed last year for a phone with a flexible display that can be rolled into its case. LG had also spiced up the introduction of a retractable screen device when launching the LG Wing Swivel Screen, the first phone in its “Explorer Project”.