Apple has just sent out invitations for “one more thing” – an Apple event that many speculate about involves Macs running on Apple’s own silicon. The online event will take place on November 10th at 10 a.m. PST or 11:30 p.m. IST. This is the third Apple event in as many months. The updated iPad and Watch range was unveiled at the September event, followed by the newer iPhone launch in October. Apple’s Silicon announcement was expected at both events, but it seems the company has chosen to treat its events like announcements in previous years – along with the famous “one more thing” slogan that has been used in the past to limit Apple Events was used.

At Apple’s WWDC event in June this year, the company announced its intention to switch the entire Mac lineup to its own processors, as has been rumored for many years. The move doesn’t mean Intel-based Macs are already out of date. According to Apple, new models are currently in development and will ship with A-series Macs for a while. Existing Macs will also be supported with new MacOS versions in the coming years.

Apple CEO Tim Cook said at WWDC the move was “a big step forward for the Mac,” which would get a more powerful and energy-efficient system that works more like Apple’s mobile devices. The new “Apple Silicon” initiative ends a longstanding partnership with chip manufacturer Intel and enables computers to run the same apps as on iPhones.

Usually the event is streamed Apple’s website, the Apple TV app and YouTube. You can see the full invitation from Apple below. 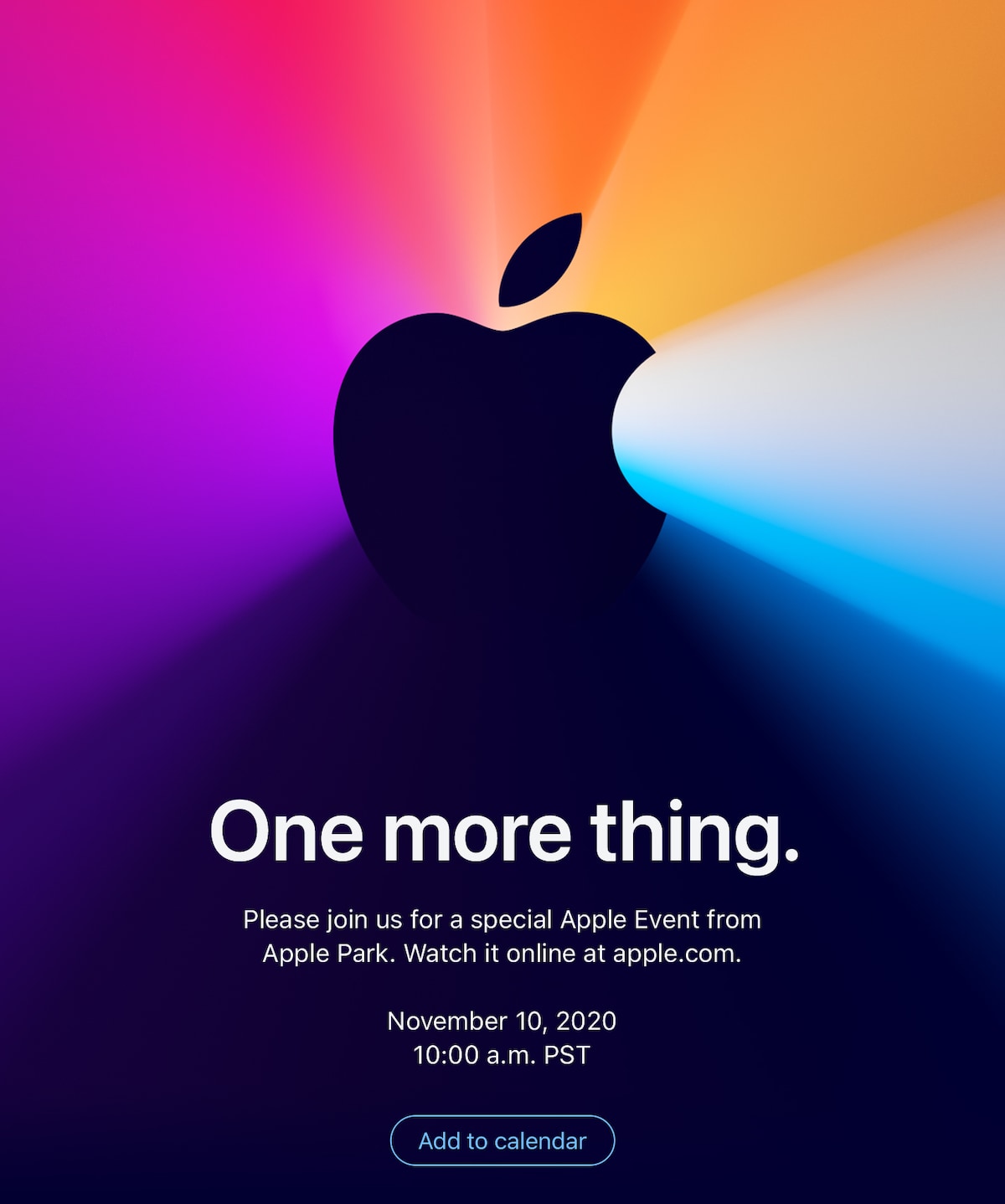