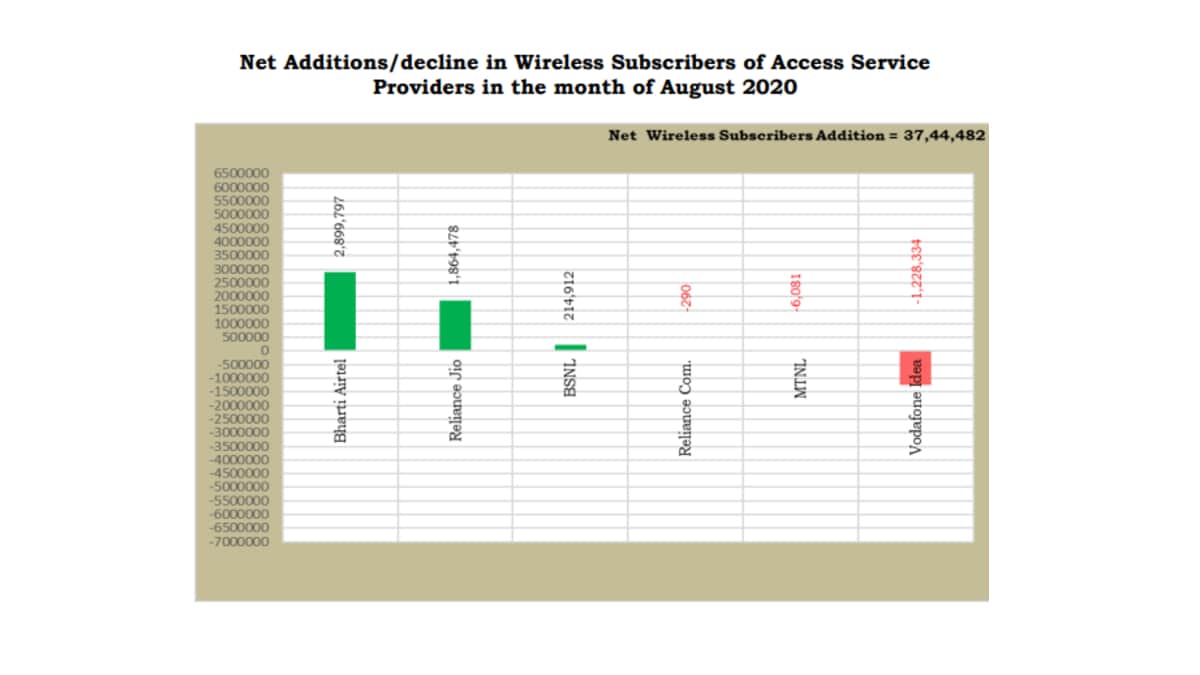 Compared to its July performance, Airtel also saw a decrease in subscriber growth from 32.60 lakhs to 28.99 lakhs in August. However, it is significantly more than Jio’s August performance. To be precise, Airtel added 10.35 lakh more subscribers than Jio this month.